BECAUSE THESE ARE NOT THE TRADE SECRETS OF ATTORNEYS

The Peoples Legal Front is happy to provide access to the motions, pleadings, briefs, complaints, etc. that we have produced as pro se litigants in the court system of the State of Missouri. We do not take responsibility for these forms conforming to the requirements of the courts and ask that anyone who may use the forms to improve on them. They certainly should not be construed as lawful. These documents have been submitted to the courts of the State of Missouri, and most have failed in their effort. I should also point out that it is better to have tried and failed than to never to have tried at all.

Interactive Legal Forms provided by the People's Legal Front. These JavaScript based forms should help in getting some of the required elements to your pleading, I hope all. The right frame will provide links to the law, Rules of Court, Statutes, Codes, Regulations, Jury Instructions, Dictionary, and a spell checker.

Here is a search engine that you can use. All Interactive forms will have a url name with the word form in it. This only searches the plf site.

breifreporter Here is a link to the best of what is being filed as briefs by attorneys right now.

APPLICATION FOR ACCESS TO PUBLIC DOCUMENTS VIA THE SUNSHINE LAW 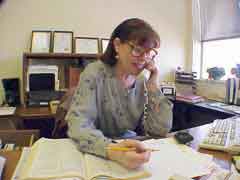 This case is filed in the Federal District Court Western District of Missouri. Case #00-CV-03037-S-1-ecf is maintained in the electronic court filing system. All Pleadings, Motions, Briefs, Answers, Orders,and Complaint are maintained at this link.

Child Custody Modification Pleading for the State of Missouri

Motion for Change of Judge

Motion to Dismiss for Failure to State a Charge

Objection to the Veracity of the Record

Judicial Notice for Obstruction of Justice

Judicial Notice that cussing a cop is Protected Speech

Writ of Mandamus in the Court of Appeal, State of Missouri

Motion to Compel Attendance of Witnesses at Depositions and Motion for Sanctions Against the City of Springfield, this motion brought because of the dismissal by the City Attorney of the witnesses subpoenaed by Robin.

Defense Objection to Ex Pa rte Appointment of Counsel and Motion to Take Judicial Notice, this motion written because of the unauthorized appointment of counsel without notice to the defendant

Motion for Judgement of Acquittal after conviction